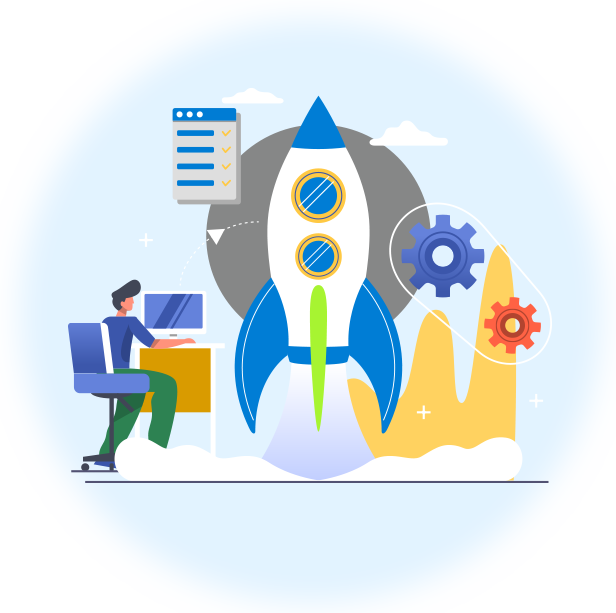 Whether you are a serial entrepreneur or a first-time founder, trust MVPdeveloper.co.uk to design, build and grow your Minimum Viable Product (MVP) / Proof of Concept (POC) application. Why? Simply because we have proven processes, respected and experienced developers and we focus on delivering your goals.

What does MVP stand for? MVP is the acronym for Minimum Viable Product, but what is a MVP in the context of a smartphone app or SaaS (“Software as a Service”)?

A Minimum Viable Product is an app or software product with just enough features to satisfy early customers, and to provide feedback for future development of the SaaS or app. This allows the tech startup team to effectively validate their entrepreneurial vision prior to investing more time and resources into developing the SaaS or app product further.

The “minimum” qualifier clearly indicates that there are still doubts whether this initial version of the app or SaaS will succeed or fail, so a tech business should be prepared to pivot from an MVP if the product seems to have no potential or needs to change tack significantly in order to meet market needs.

Below we will look at some of the main benefits of Minimum Viable Products for tech businesses and why they are worth considering in your next app development or SaaS development project. We will also consider some of the possible disadvantages of the MVP approach that you should consider before choosing to pursue your MVP app project SaaS project.

There are three main benefits to tech startups and tech entrepreneurs to following the Minimum Viable Products approach for their new app or SaaS ideas: cost reduction, risk reduction and revenue generation. Let’s take a look at each one in a little more detail.

1) Cost Reduction
MVPs reduce the costs associated with building an app or SaaS product by identifying what is most valuable to consumers as early as possible. For example, if a product idea is for an app to help manage your schedule and alarm you when appointments are approaching, it may be that the core feature of sending notifications does not end up being used by users. This would indicate that this particular feature was not as important as it initially seemed and spending resources developing it further would have been wasteful.

2) Risk Reduction
The primary risk for any new SaaS or app product is whether it will find enough customers to make it commercially viable, and an MVP can quickly highlight whether this is likely to be the case or not. This early flagging of business viability prevents wasted time in further developing a product that turns out to be undesirable. For example, if your app goes down like the proverbial lead balloon after launch, you would have saved a lot of time and money by only releasing the MVP to a limited set of users initially rather than investing more time and money building and promoting the fuller app to then learn the harsh truth that your startup business simply doesn’t have legs. If your business idea is going to fail, you want it to fail early.

3) Revenue Generation
Minimum Viable Products naturally support generating revenue from early users as they only include the features necessary for providing value to buyers. This means that apps and SaaS products can begin generating revenue for the startup business early on before being fully developed. This provides a great source of early funding for the business and also increases the value of the business as its business model is effectively now proven rather than theoretical. A demonstrably viable startup finds it far easier to get external funding than would otherwise be the case and if the entrepreneur is seeking this investment to accelerate further development and growth then he should be able to secure this for a smaller stake in the business as there are fewer unknowns / less risk in the business model.

Although tech Minimum Viable Products are generally considered to be one of the most effective ways to start a new app or SaaS product, they also have their weaknesses that you should be aware of before choosing this route for development and testing of your tech project. The three main disadvantages of MVP approach are as follows:

1) High Cost to Customers
As Minimum Viable Products require just enough features to provide value to users without including others that may be necessary only in the future, they will often lack all but the core functionality required by customers. This can make products difficult or even frustrating to use at first while using fewer features than initially expected. For example, if you were thinking about releasing an app like Instagram with just one photo per day, you would have to convince customers that it was still worth using and hope that they ‘got the concept’ and could see the value. It is a common problem for the entrepreneur who is naturally precious about their idea, to want to put most of the app’s functionality in the “must have” bucket rather than the “nice to have” bucket when deciding what to include in the MVP and this can mean that the MVP starts to look more like a full version launch rather than an MVP!

2) Unrealistic Planning
A Minimum Viable Product is often planned as a “minimum” viable software product since so few features are initially included. This means that the software development team must plan just enough development time to provide those features and launch the SaaS or app product successfully without being able to prepare for future changes. If the MVP fails, further development that was not previously envisaged may be required for it to succeed but this may not be possible at the point this is apparent due to a lack of resources or expertise required. For example, if after testing the MVP it becomes necessary for an app to switch from using a local database to cloud servers this change in direction may no longer be a viable option for the business.

3) Lack of Confidence in Market Potential
Finally, the main pitfall of Minimum Viable Products is that they can result in excess features being removed rather than identifying which are actually useful to customers. This means that the team may lack confidence in their own product because it appears incomplete or even unfinished. For example, if you have an idea for a social media app with just one page to browse profiles by location and you remove all additional social functions such as messaging other users, you might struggle to convince investors at a later stage when adding this functionality would be much more time-consuming since previous work has already been sunk.
If the MVP demonstrates success and viability of the planned app or SaaS idea then great… but if it fails then, failure being a bitter pill, there is often the tendency for the tech team / entrepreneur to contend, sometimes rightly, that the reason for failure was not the due to the underlying idea per se but rather due to the app’s lack of richness that a fuller version would have included.

In short, MVP as an approach for a tech startup to testing an app or SaaS business idea can be a very effective approach (in terms of both time and money) if it is planned and executed well and the blurred line between now functionality and later functionality is skillfully drawn.

Get in touch with MVPdeveloper.co.uk